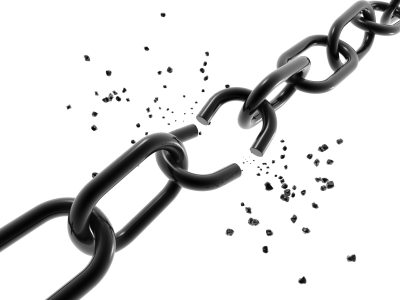 While there’s nothing wrong with a little healthy research, any good reporter (even if only aspiring) knows you can’t believe everything you see, read, or hear–especially when trying to decipher what it’s really like to work in media.

Since not every office plays out like an audition for The Devil Wears Prada (in fact, few actually do), we asked editors to weigh in on some common myths associated with the industry.

Read (and continue to write) on.

Myth #1: If you lose your job, your career is over.

Of course, you should try your hardest to excel (and grow) in your role. But even then, things happen. Maybe it’s not a good fit. Or maybe the position fits like a glove, but you still can’t control outside factors, like budget cuts. While scary at the time, it may show you that what doesn’t kill you does make you stronger. “During my career, I’ve worked at both a magazine that’s folded and one where I was laid off during a series of cut-backs and successfully bounced back from both,”says Kelli A., an editor for a women’s website. “While your patience and commitment to the industry will be tried over and over again in situations like these, if you believe in yourself and continue to network, freelance, learn, and try, you will persevere.”

Ed Tip: When interviewing for a new role, it’s not a bad idea to do a quick health check. Ask your interviewer about your predecessor and which qualities he or she valued in them, and about potential for growth in the company as a whole.

Myth #2: Internships were made for coffee fetching and copying.

While we’re not saying it wouldn’t hurt you to know how to brew a cup or master the art of the fax, many internships serve as a crucial stepping-stone to the job of your dreams. “My internship at Seventeen was a dream come true. I attended multiple movie press junkets fully representing the magazine, and I interviewed stars including Taylor Swift, Emma Stone, Jesse McCartney, and Shailene Woodley on the red carpet,” says Kourtney J., a publicity manager and writer.

Ed Tip: Before accepting an internship, make sure you’re clear on the tasks that you’ll be expected to complete on and off the clock. Ask what a typical day at the office is like and, if and when you are asked to go above and beyond every once in a while, resist the urge to complain (it will set you apart from the competition when that position opens up).

Competitive, yes. But impossible? No. The key to scoring that dream job could be persistence met with a little patience along the way up. “People are always hiring. It’s just a question of whether or not you want that job. On the road to scoring your dream gig, you might have to work for other publications you never thought would be on your bucket list, but there’s a learning experience to be had at each and every one,” says Kelli.

Editor Tip: “Reach out to your contacts and offer to pitch, write, and freelance for them until something more permanent opens up. You could wind up with that dream job much quicker than being super picky and holding out for ‘the one’ forever,” adds Kelli.

It’s no secret that one doesn’t usually go into the publishing industry for the money, but that doesn’t mean you can’t still earn a good living doing what you love. “Once you’re no longer entry level, you can negotiate your pay. Once your talent is able to speak louder than your entry-level status, you have a lot more say in what you make,” says Jenn S., an editor for a parenting magazine.

Ed Tip: Check out Ed’s Real Salaries section for the inside scoop on what some of the biggest names in publishing actually pay.

Myth #5: All magazine editors are divas.

Think everyone is a Miranda Priestly? Jenn suggests you think again. “The stereotype generally comes from the portion of magazine editors who are handed their positions through family and college connections. These people don’t experience the struggle the rest of us have to in order to get anywhere in this industry. That makes them generally unappreciative of where they are and less passionate about the actual work. They’re more in it for the status! The rest of us genuinely care about where we’ve gotten in our professional careers and are quite humble about it because we worked our tails off,” she says.

Ed Tip: Seize the opportunity to network and set up informational interviews when possible for insight into various publications and the editors you may later come to work for.

Myth #6: You’re only as good as your latest designer bag.

No Chanel? No problem. While you should definitely dress to impress both when interviewing and working at a publication, that doesn’t necessarily equate to designer labels. “I prefer accessories that I’ve gotten from my travels, rather than from a department store — the story as to why I’m wearing that piece is always much better,” says Kelli.

Ed Tip: More important than the brands you’re shopping is that you’re dressed the part. Try to stay in line with company policies (such as only keeping it casual on Fridays), and keep an eye out for regular and sample sales to score the look for less. More on what to wear to an internship.

A common fear in the industry is that once you start covering a specific beat, it’s hard to break away. While being well versed in that which you’re going to be writing about is certainly a plus, it’s not always crucial. “If you make a career out of specializing in a certain topic, you can easily break out by gaining clips on other topics. You don’t need a medical degree to be a health writer. You just need a lot of clips and the passion to prove it,” says Jenn.

Ed Tip: If you don’t have the freedom or time to freelance (see more below), focus your interview on your reporting and writing skills, along with anything else that will translate regardless.

Myth #8: Once you land a full-time job, you have to quit freelancing.

Contrary to wide belief, there are a good amount of positions that will allow for you to keep writing on the side. “I work full time writing pitches and press releases. I cover a variety of topics, from cooking to fitness, to fashion and beauty. I love celebrities and entertainment so I make sure to fulfill that part of my interests with freelance. In the past few years, I’ve freelanced for multiple regional and national magazines, written three (finishing my fourth) books, and covered celebrity entertainment news for a couple of well-known websites. Plus, it adds extra fun money to my finances,” says Kourtney.

Ed Tip: Make sure you talk to your employer about your company’s freelancing policy and any projects that might perceive a conflict. As a general rule, editors are typically expected to avoid writing about the same subject (such as beauty or fashion) for another publication, especially if a competitor.

The 5 Most Common Interview Questions — and How to Answer Them
Magazine Online Video: The Next Frontier for Content?